How Many Times Can You Drill into a Stud? 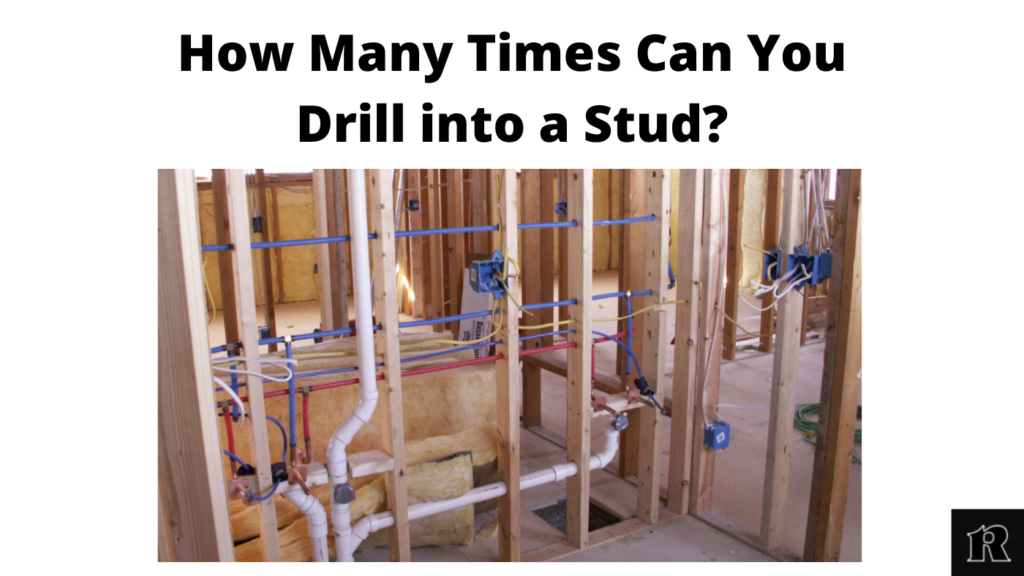 Drilling into a stud is required for many home improvement projects. Whether you need to mount a tv, hang up a shelf, or run wires through the stud, you might be wondering how many holes you can drill into one stud.

How many times can you drill into a stud?

You can drill as many holes into a stud as long as the holes are not larger than 40% of the stud width, and the edge of the hole is at least 5/8 inch from the edge.

These are the specifications for a weight baring stud, which means the stud is supporting the weight of a structure, such as the wall or roof. Additionally, this is also assuming that you are drilling into a 2×4 inch stud, which is by far the most common dimensions of a wall stud.

Below I will go into more detail on the rules for the number of studs you can drill.

Not larger than 40% of the stud width

It is very important that the hole you drill does not have a diameter that is greater than 40% of the stud width. Any more than 40% of the width will significantly weaken the stud, especially if it is weight baring.

Below is a guide to give you exact dimensions for how large the hole can be.

At least 5/8 inch from the edge

You should always make sure that the hole you drill is at least 5/8 inch away from the edge of the stud. If the hole is any closer, you risk the chance of destabilizing the stud, and it could eventually snap.

If you plan on putting two holes side by side, you must secure them with a steel plate. The holes should still not come closer than 5/8 of an inch from the edge of the stud.

As a reminder, you should never drill a hole next to a notch in a wall stud. Also, if you suspect your stud has to many holes and has lost its structure, you should either replace the stud or attach a second stud next to it for support.

If your wall stud already has a lot of holes that aren’t being used, you might want to fill them up. This will help add strength to your stud, especially if it is weight bearing.

Some common ways to do this include filling it with epoxy, wood putty, or wood plugs.

Now that you know how many holes you can drill into a stud, I will remind you of some of the best practices when it comes to drilling a hole in a stud

Detect where the wall studs are located

When drilling a hole in a wall stud, you must first locate it if it is behind the wall. The quickest way to do this is with a stud finder. If you don’t have one, you can try tapping on the wall. Once you hear a solid sound, it means the stud is directly behind the wall.

Draw the hole on the stud

It is important that you always draw a circle around the spot on the stud where you will drill. Make sure the hole you draw has the same diameter as your drill bit.

Make sure you have the right sized drill bit for your job. A drill bit that is too wide might severely weaken the stud beam. You also want to make sure your drill bit is the proper length.

Once you choose your drill bit, it is time to drill the hole. Make sure the drill is parallel to the ground so that you make a precise, horizontal cut. Also make sure that you don’t drill to quickly, as this can ruin the precision of the hole.

To be safe, I suggest that you wear a face shield to help protect you from any flying woodchips.

I hope this article helped explain how many holes you can drill into one stud. Make sure you follow these rules, as it is important that you don’t drill too many holes and weaken the stability of the stud. This is especially true if the stud is weight bearing.