The Kipor 2000 generator is reliable and good for sensitive electronics. However, there are better generators on the market.

How much load can you put on the Kipor 2000 generator?

As the names suggests, the Kipor 2000 can carry a max starting load of 2,000 watts. It can provide a running load of 1,600 watts. Now you might be wondering what sort of electronics can be run on the Kipor 2000.

As far as appliances go, the Kipor 2000 can power the following:

You can also use it to power up some power tools, such as circular saws, electric saws, and nailers.

The generator has 12 volt charge cables, and two outlets that are 120 volt/30 amps. If you will be far from a power source, you should check out the best generator extension cords.

The best feature of the Kipor 2000 is the smart throttle feature. This allows the generator to automatically adjust the load/engine speed to match the electrical load of the electronics that it is powering. This is great for many reasons:

How long does it last?

If you run it on full load, the Kipor 2000 will run for about 3 and a half hours. However, it can last up to 5 hours if you run it at a lower load.

Depending on the vender, the Kipor 2000 costs between $600 and $800. You can buy used versions for cheaper, but I don’t recommend doing this because it is hard to confirm if a used generator has any issues before you buy it.

If you buy from the manufacturer, your purchase comes with a 2 year warranty.

At half load, the Kipor 2000 is 54 decibels at a distance of 10 feet. It will be around 60 decibels if you run it at full load. This is pretty average for most 2000 watt generators.

The Kipor 2000 came out in 2012, so there certainly are some downsides since it isn’t a new model. I’d say the biggest downside is the starting mechanism. It usually takes multiple cranks to get it started. This can be quite annoying, and there are some new generators that have switches that make it way easier to start the generator.

Another downside is that many Kipor 2000 reviews state that their generator had a faulty spark plug fuse. This will cause the entire generator not to turn on, so this can be a huge headache.

The final downside is that this generator does not have any wheels. While it isn’t overly heavy, it would be much more convenient if you had the option to wheel around. If you are looking for a generator with wheels, you should check out my list of the best 2000 watt generators.

Should I buy the Kipor kge 2000 ti generator?

While the Kipor 2000 is certainly a quality generator, I suggest that you buy a different generator. There really isn’t much that helps the Kipor 2000 stand out from its competition. It’s not the cheapest, not the most powerful, and doesn’t have the most modern features.

However, if you are in a bind, the Kipor 2000 should be able to get the job done. 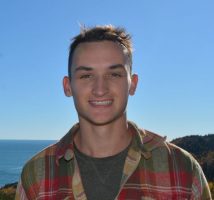 Hi, my name is Dillon and I run ReviewerST.com. My goal with this website is to discover the practical limits and comparative differences for all kinds of tools. Ultimately, I hope my insight will help you choose the best equipment or tool that suits your needs.