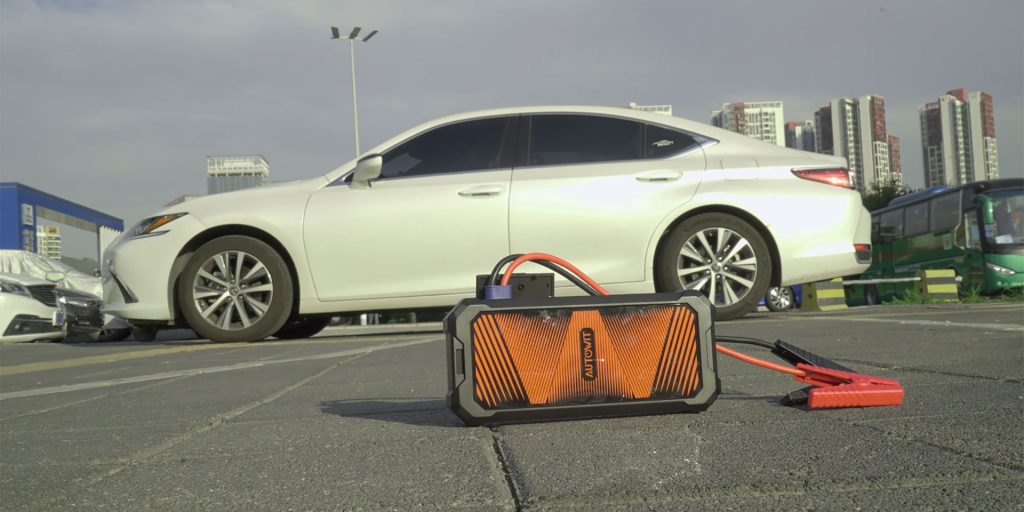 When you are a car owner, your life is full of surprises. You might find yourself with a dead battery on the way or in a parking lot. In this case, the best supercapacitor jump starter will save the day.

Unlike bulky battery-powered jump starters requiring a long charge time, this device has the same capacity to start your car but in a smaller package and less charge time. Absolutely, it’s more convenient, and you definitely want to have one on your car toolkit.

The best ultra capacitor jump starter is the Autowit SuperCap 2. It can jump start almost all types of vehicles, and it can withstand extreme temperatures.

If you intend to find a super compact yet powerful jump starter for your car or truck, you should rivet your attention to this Autowit SuperCap 2.

Similar to Schumacher DSR108, this device is compatible with 12V batteries. So it is suitable for cars, trucks, and SUVs. But unlike its rival, it releases 800 peak amps, which is more than an average car requires. SuperCap 2 can work in extreme temperature conditions from 40℉ to 158℉, so you can rely on it in an emergency.

Thanks to the mistake-proof design and reverse polarity protection, you will never go wrong when attaching the jump starter to the vehicle’s battery. There is also an overcurrent and overload protection system that eliminates the risk of current fluctuations.

The case of the supercapacitor jump starter is made of injection-molded plastic covered with a satin finish, so it’s easy to keep it clean. Besides, the orange padding makes it easy to find the device even in the dark.

The tiny display on the top is very convenient, and it provides basic information like the voltage and the total charge percentage. However, when you attempt to jump start a completely dead battery, get ready that it might take several tries. Luckily, a single jump start will eat around 10% of the battery, so you will have enough power left for multiple engine recharges.

This is one of the best supercapacitor jump starters as it is powerful enough to start almost any 12V engine in the most extreme situations.

Display for a better view of the item performance

This Schumacher DSR108 would be a great backup device on the road for gas and diesel engines with 12V batteries.

It provides 450 peak amps, which is sufficient to crank most vehicles. The glow mode enables you to start the vehicle even when it’s freezing cold outside. The unit has no battery inside, so it’s compact and lightweight. There are three ways to use the item: 1) attach the clamps to the car’s battery; 2) use a 12V DC port; 3) connect to a power bank using a 2.1A USB port.

Unlike Autowit SuperCap 2 with an LCD screen, this unit features a scale that depicts the voltage when it is in use. There is also an indicator for an override mode that enables the engine to start without the battery mounted.

The jump starter is controlled by a microprocessor that enables up to 10,000 cycles (around 10 years of use). Moreover, it gets fully charged in about 2 minutes, so you don’t have to wait for ages till the device grabs the required amount of power from the outlet. But the pack requires recharges between cranking attempts, which is not a big problem as the recharge speed is nearly instant.

Schumacher’s ultracapacitor jump starter is an immediate solution to the problem when your car doesn’t want to start. It works great for gas and diesel engines with 12V batteries.

Harness the power of the car’s battery and make it start the engine with the Rezervo RZ-550.

Thanks to the optimal peak amps capabilities (550 amps), it is suitable for a wide range of vehicles with 12V batteries like cars, trucks, SUVs, boats, RVs, and other gas engines. It can work in extreme weather conditions, be it severe cold (30°F) or insane heat (140°F).

Just like Schumacher DSR108, the Rezervo RZ-550 has a simple panel that provides information about the amount of voltage. It also includes instructions on the effective use of this jump starter, so you will never forget how to connect the clamps to the battery and what the indicators mean.

Due to the short circuit and reverse polarity features, you can safely use the item even if you connect the clamps to the wrong terminal. Drop-resistant rugged rubber casing makes the jump starter resistant to damage when you accidentally drop it.

The capacitor stays charged only for several minutes, so you will need another source of energy when your vehicle’s battery is completely dead. If a certain amount of power still sits in the battery, you can charge the capacitor using a cigarette lighter or the battery itself.

The Rezervo RZ-550 will give your car a powerful push when its battery is discharged. With 550 peak amps and the ability to work in extreme temperatures, you will never go wrong with this tool.

The operating temperature range is wide: 30°F to 140°F

Informative panel for more accurate use

Requires some power to get into work

How do supercap jump starters work?

A batteryless jump starter has a series of supercapacitors that harness the power to start your vehicle. This device works due to the assumption that a dead car battery still has some residual charge, which on a certain condition, can start a car. So, a capacitor gathers the trickle battery charge in a few minutes and then releases a stream of high-amperage power, which is around 13 and 15V. The power burst is sufficient to start the car’s alternator, which recharges the vehicle battery and sets the engine into motion. Mind that supercapacitors do not store long-term energy and are suitable for cases when you need a short-term power source for less than 60 seconds.

What is the difference between a supercapacitor and a battery-powered jump starter?

Even though both ultracapacitor and battery-powered jump starters serve the same initial mission – to start the dead car battery, there are unique dissimilarities that set these devices apart.

The main difference is the principle of work, which then defines other capabilities. You already know how the capacitor releases power and starts the engine, so let’s focus on batteries. They keep a certain amount of chemical energy, which is then transmitted to the engine through converted electrical energy. Batteries provide a long-lasting source of power that can maintain charging for an extended time and recharge other devices with compatible outlets.

But there are other critical peculiarities worth your attention.

Batteries have a certain limit of recharges, which frequently makes up to 10,000 cycles. Ultracapacitors can tolerate more charging cycles and have a virtually unlimited cycle life.

Lithium-ion batteries are about 1,000 times slower when it comes to recharging than supercapacitors. Thus, the latter are capable of accepting the charge almost instantly – in around 5-20 seconds.

Generally, batteries have a higher energy density than capacitors as they can store more energy. However, the power output is higher in supercapacitors since they give off energy much quicker.

Batteries are mostly used when you need a stable source of energy for a long period. Thus, battery-powered jump starters can be utilized to charge devices other than car’s batteries. Supercap jump starters are great for situations when the device requires an instant yet powerful burst of power.